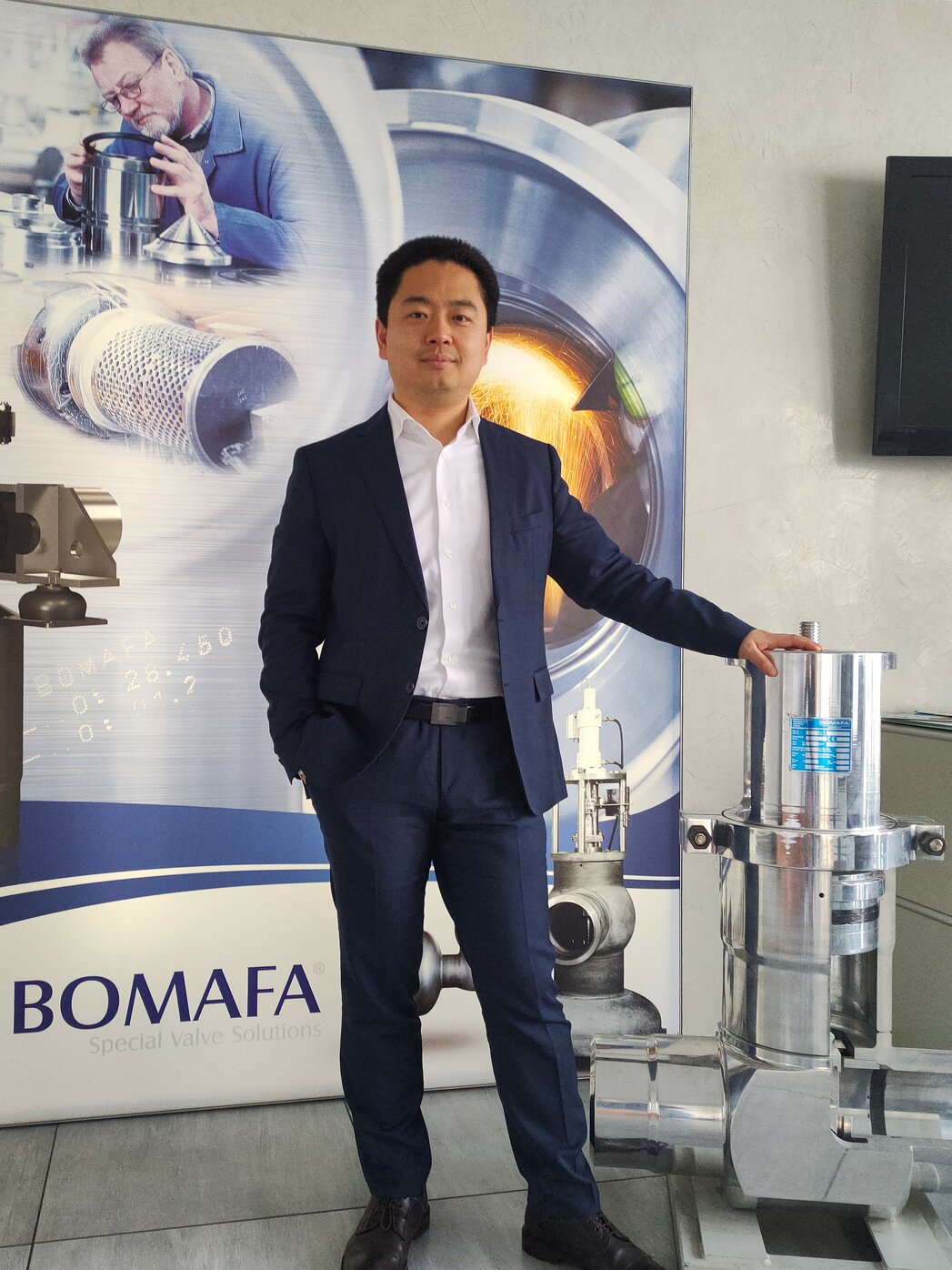 Yes, Yes, we know it already, 100-day balance sheets are actually meant for the assessment of political figures. Then it is the journalists who observe and make a first critical analysis of what THEY or HE have already achieved or not. Often these days are also called a grace period and the balance just as their end.

Accordingly, we should not evaluate our dear and esteemed colleague Xi Zhao under this heading, after all, he is neither a politician nor does this grace period count - after all, he has been with BOMAFA since 2008. But - be that as it may, we'll do it anyway.

Since January 1, 2022, Xi Zhao has been the General Manager of BOMAFA, sharing this role with Friedrich Appelberg.

Well, what did we expect from the trained and studied mechanical and industrial engineer? A lot. And what has he achieved in the 100 days: a lot. Therefore, we hand him a heartfelt thank-you in all form over the table and write a few lines, which could also be understood as the ultimate eulogy.

The first huge praise in advance. HE has remained Himself. No easy task, because many who take on a responsible leadership position from within the college do not succeed in doing just that. Xi, however, manages to apply his long experience as technical manager at BOMAFA as well as general manager, while still being a colleague. He is there for all employees and also appreciates the expertise and opinions of junior staff. Those who, like Leon Caspari in the past and Maximilan Fries today, are allowed to learn in his slipstream feel valued and at the same time secure - in other words, an excellent humus for rapid growth.

Max: "He involves us young people, gives us the feeling that we can do something. We are allowed to take responsibility. I never thought I'd be comfortable with sales tasks, now sales is becoming my passion."

Xi Zhao manages to maintain his great willingness to help despite his tighter schedule as general manager, thus enabling his young and also not-so-young colleagues to grow with their tasks.

But he is not only appreciated in the college. Growing up in Germany, he was always part of his Chinese family and thus deeply rooted in the culture that is so rich and so different for Central Europeans. Growing up with two cultures gives you the fascinating opportunity to draw the best from both. Learning from both cultures means not only mastering the spoken language, but also understanding the language that is difficult to translate, the one spoken between the lines.

Xi has seized the opportunity and is moving not between but within worlds. He is a highly valued contact in our fast-growing East Asian customer market and ensures that we correctly interpret the concerns of our partners in China - but also in other Asian countries. At the same time, he is much more than a translator. He moderates and manages to make the untranslatable understandable.

If we were journalists who had to critically take stock of 100 days, we would have a hard time. Because in addition to his management style, his success in marketing and sales on the East Asian market proves him right.

It's good that you have taken on this new task since 1.1.22. It's fun working with you.

Cheers for you, Xi.